My research aims to contribute to our understanding of evolution. For most of my career, the focus was entirely on plant evolution, but now my focus has expanded to include an attempt to understand how evolution itself originated during the origin of life. This page provides a historical overview of my entire research portfolio. To learn more about current research, visit the pages on plant phylogenetics and origin of life research.

Systematics/Phylogenetics: The lab has used molecular phylogenetics to address a diversity of problems: morphological evolution, the evolution of plant-pollinator interactions, biogeography, rates of evolution, key innovations, hybridization, ring species, and species limits. Current projects include using a targeted sequence capture platform to address the origins of polyploidy, reticulate evolution, and species delimitation in Adansonia (and other bombacoids). I have also been involved in the development of statistical methods for phylogenetics. 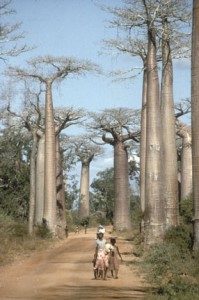 Scott, A. D., Stenz, N., Ingvarsson, P. K., and Baum, D. A. 2016. Whole genome duplication in coast redwood (Sequoia sempervirens) and its implications for explaining the rarity of polyploidy in conifers. New Phytologist 211: 186–193.

Cacho, N. I.  and Baum, D. A.  2012. The Caribbean slipper spurge Euphorbia tithymaloides, the first example of a ring species in plants. Proceedings of the Royal Society B-Biological Sciences. 279: 3377-3383.

Origin and early evolution of life

Origin of life: We are using both computer simulations and chemical experiments to explore the emergence of the first chemical systems capable of adaptive evolution. I developed the conceptual framework a few years ago (see my Bioscience and J. Theoretical Biology papers) and the experimental logic in a paper in Origins of Life and Evolution of Biospheres. Since then we have fleshed out the theory of chemical ecosystem selection and have implemented the first few experiments. 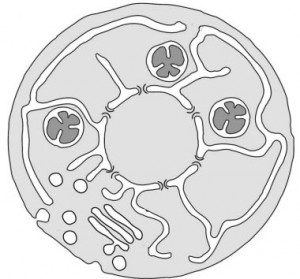 Origin of eukaryotic cells. In collaboration with Buzz Baum (University College, London) I proposed the “inside-out” theory for the origin of eukaryotic cells. This suggests that an an ancestral prokaryotic cell extruded membrane blebs through its cell wall and that these ultimately fused to give rise to the cytoplasmic compartment. A paper describing this new theory in detail was published in BMC Biology, with a follow-up review in American Journal of Botany. While my lab is not actively testing this hypothesis, I am enjoying keeping tabs of new recent discoveries!

Conceptual issues and philosophy of biology: Understanding evolutionary phenomena can be aided by thinking clearly about terms and the concepts they are intended to capture. A number of my publications have dealt with the thorny problem of the nature of species, including Baum, 2009 and Wright and Baum, 2018. I have also wrestled, somewhat unsatisfactorily, with concept of homology based on developmental causation (e.g., Baum, 2013 and Baum, 2019). 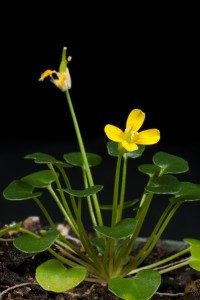 gene Evolutionary Developmental Genetics (Evo-Devo): A long-standing interest in may lab was to identify genes underlying species differences. We used developmental genetic knowledge from model species to guide studies of several different traits in different plant groups. In many cases, projects started in my lab are still being pursued by former graduate students or post-docs in their own independent labs. Examples of phenotypes studied are: inflorescence architecture, trichome shape, flower color, petal spot position, dioecy, and stamen number. The approaches used have included electron micrography, in situ hybridization, immunolocalization, qPCR, analyses of molecular evolution, and plant transformation. We also developed an new approach, transgenomics, which entails making a genomic library from a donor species and introducing this into a recipient species’ genome by high-throughput transformation. A few sample publications: